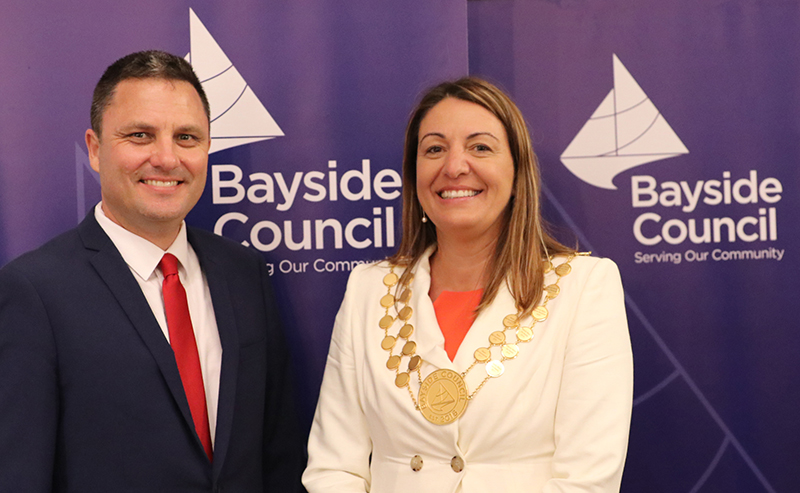 Crs Curry and Morrissey will hold office until September 2023. Both are experienced councillors, with a wealth of Local Government knowledge having served on the inaugural Bayside Council.

She was also a councillor on the former Botany Council and is currently the NSW Local Government delegate to the national Women’s Safety Taskforce and the Chair of the Bayside Women’s Shelter.

“I thank you all for your support. I look forward to working with you and delivering on the expectations of our entire Bayside Community,” Cr Curry said.

“Together we have an opportunity to deliver outstanding services, effective community engagement and strong financial governance.”

Cr Curry also thanked the previous Mayors Bill Saravinovski and Joe Awada for their service and dedication to the Bayside community.

Bayside Council will also have a record number of female Councillors with seven women taking their place on the 15-member Council.